Singapore is a city-state in Southeast Asia. Founded as a British trading colony in 1819, since independence it has become one of the world's most prosperous, tax-friendly countries and boasts the world's busiest port. Combining the skyscrapers and subways of a modern, affluent city with a medley of Chinese, Malay and Indian influences along with a tropical climate, tasty food from hawker centres, copious shopping malls, and vibrant night-life scene, this Garden City makes a great stopover or springboard into the region. 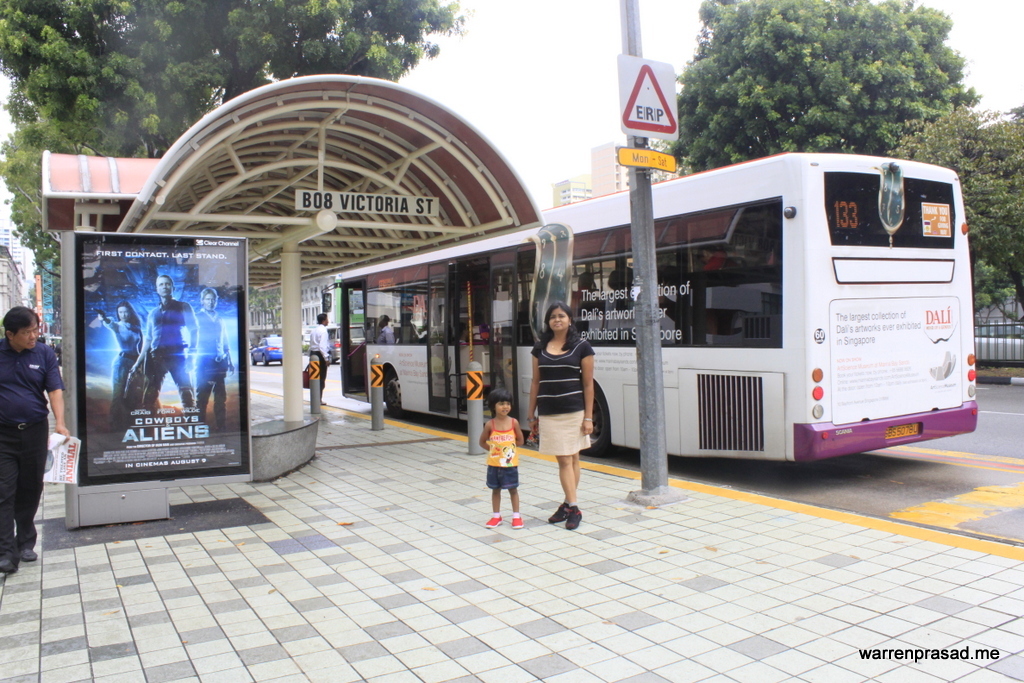 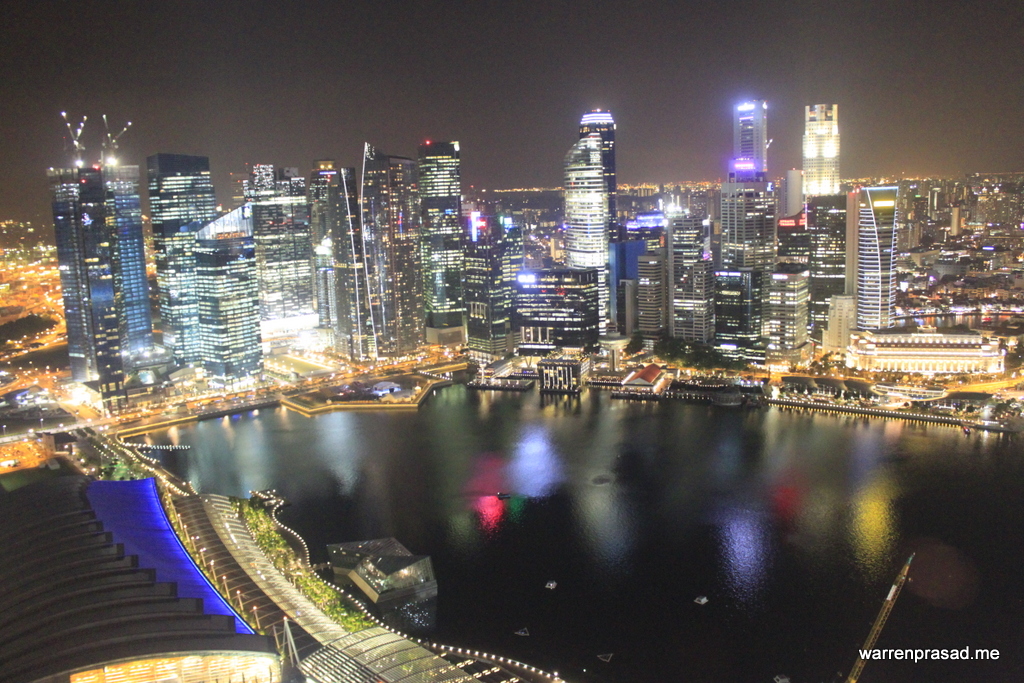 Date: 11th August 2011
It was a 5 hours and 30 mins flight from Mumbai. We had booked our ticket on Quantas Airways which offered quality service at a reasonable price. The flight took off at 8:30 AM (IST) and reached Singapore at 4:00PM (SST) as we lost time traveling east. Changi Airport is one of the 2 airports in Singapore where hundreds of flight from across the globe come and go everyday.

From Airport, you can take a taxi. There are 2 types of Taxi available, Luxury Taxi where you can hire cars like Bently, Mercedez Benz etc and Standard Taxi.

It was 6:00 AM and we were rushing towards the coach number 8. The train was scheduled to depart at 6:20 AM for a 265 kms journey which takes 2 hours 25 mins. We took our seats and the train started to move. It was our first of the 4 train journeys for the day to our final destination, Zurich. Soon it was racing at a speed reaching 200 kmph. The cost for 3 persons for a journey from Venice to Milan was €50. Most of the seats were empty. At 8:45 AM we were at Milan Central.

We took standard taxi to our Hotel. We had booked a room in Santa Grand Hotel at Victoria Street in Bugis. We explored the neighborhood of our hotel in the evening. We had booked the hotel because of its proximity to Little India. Little India houses few of the best Indian Restaurants in Singapore, like Sarvana Bhawan, Mohan's etc. It also has Musatafa, the one stop shop for all your needs which is open 24X7. Exhausted after the long flight we slept early to rejuvenate for the next day. The real tour was yet to start. :)

Date: 12th August 2011
(Zurich -> Arth, Lucerne lake)
Traveling in Singapore City is cake walk even if you use public transport. Its very efficient and very economical. The Bus and MRT (Mass Rapid Transport) connects almost all part of city very well. The time table can be found at every bus stop and MRT station. We took a bus to Vivo City, a mall near Sentosa Island. From Vivo City there is a monorail to Sentosa Island. We preferred to walk over the Sentosa Broadwalk and enjoyed the view. You can also reach Vivo City by MRT. There are also cable car from Mount Faber and passes through Harbor Front. 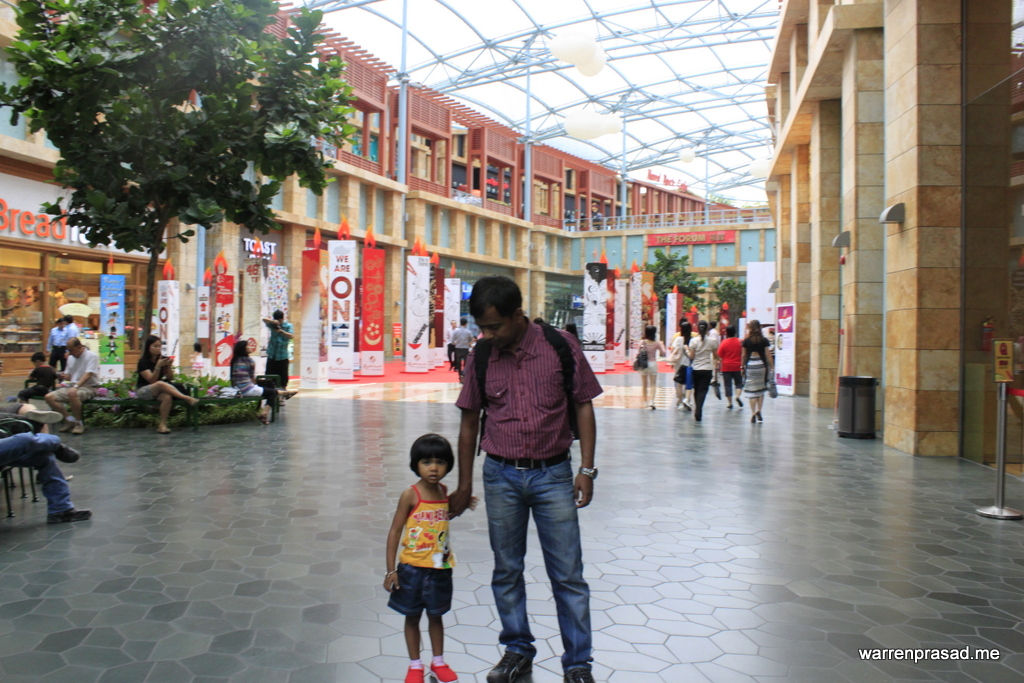 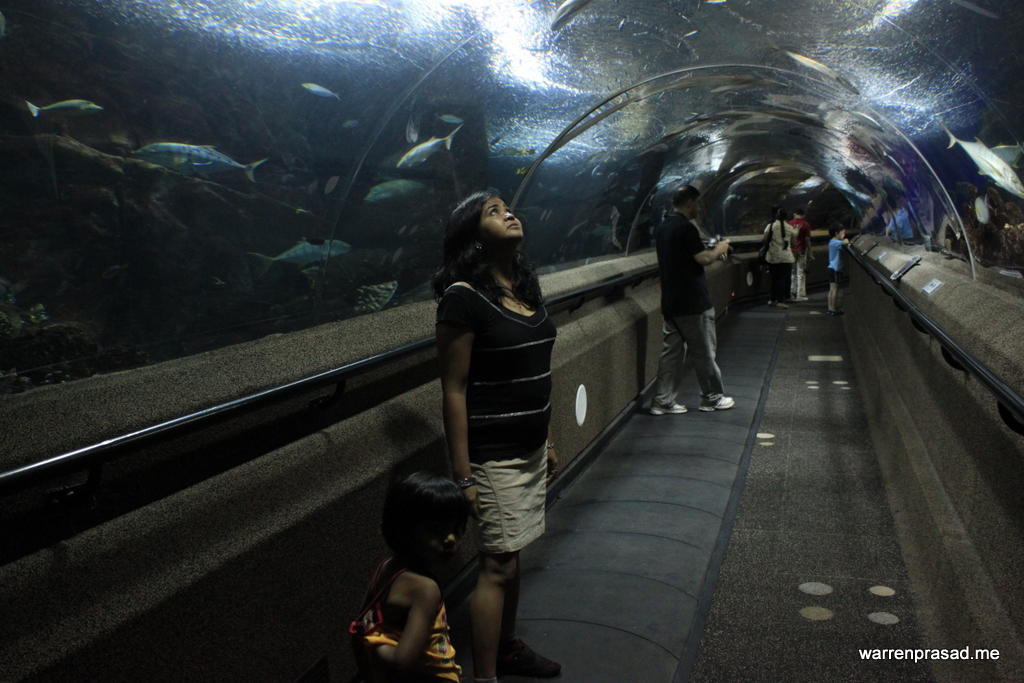 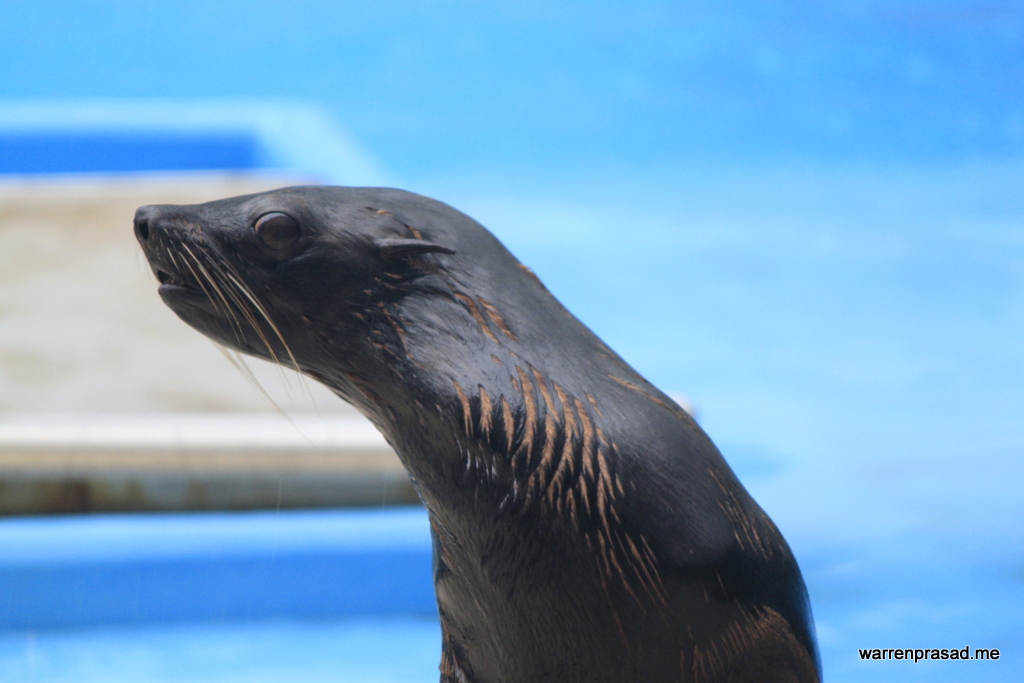 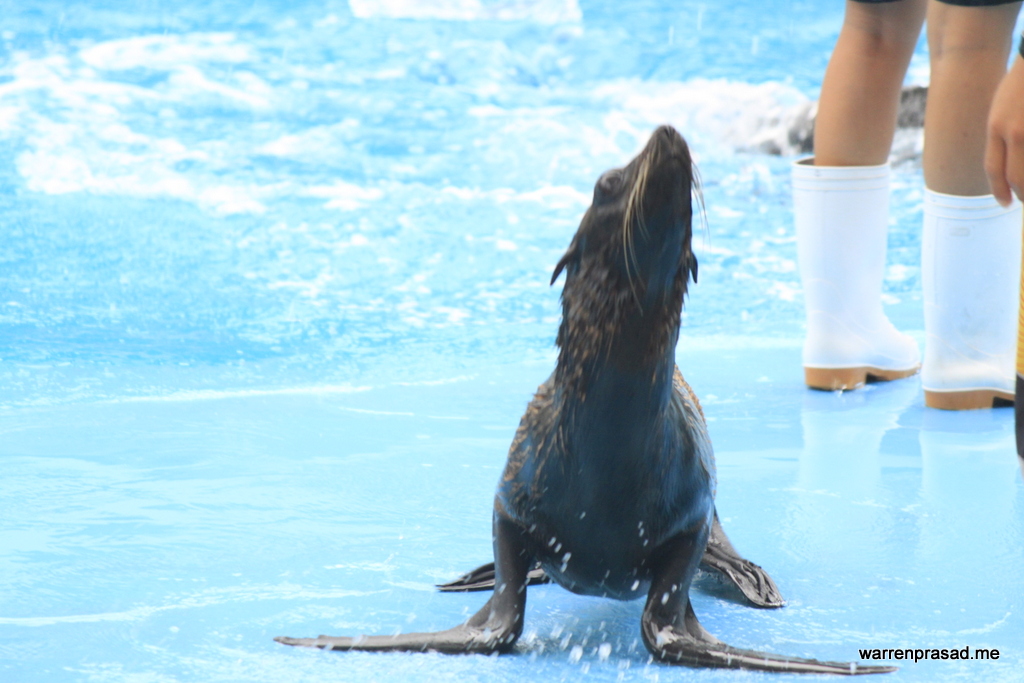 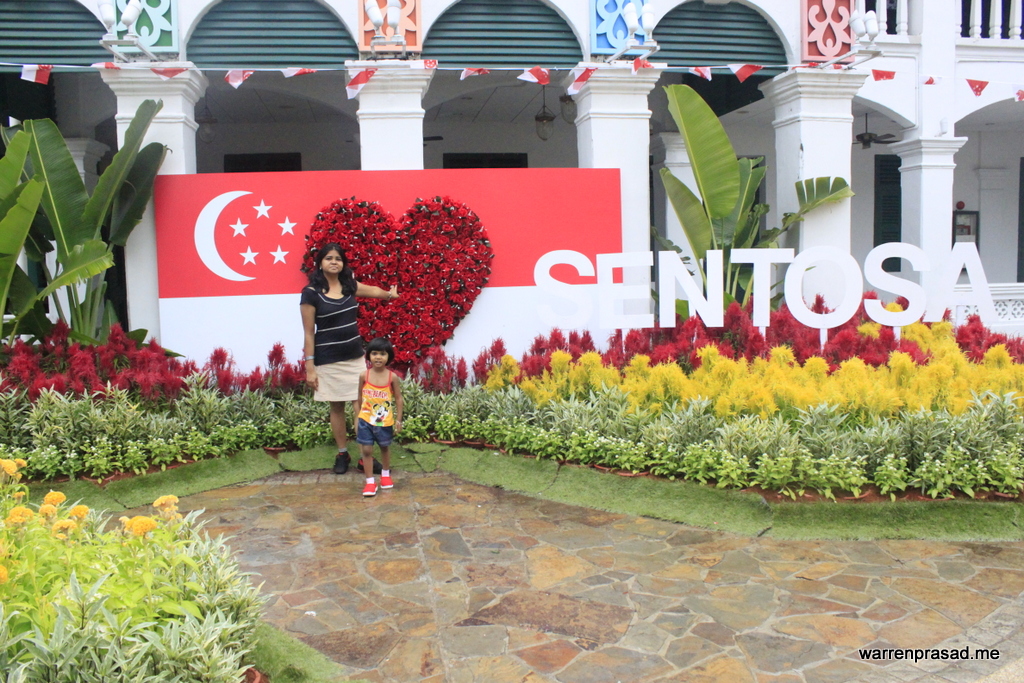 There are many attractions in Sentosa. We started off with Tiger Sky Tower, which gave panoramic view of Sentosa, Singapore and near by islands. There are also Butterfly Park and Insect Kingdom. Underwater world and Dolphin Lagoon is a must go. There is a 4D theater which should not be missed and so is Cineblast, a cinema ride. Songs of the sea can be enjoyed during the evening. There are many restaurants and eating joints in the island. There are also few beaches like Siloso, Palawan, Tanjong. We visited the Siloso beach as it was in our way. There is a wave world where you can ride the waves in a controlled environment. 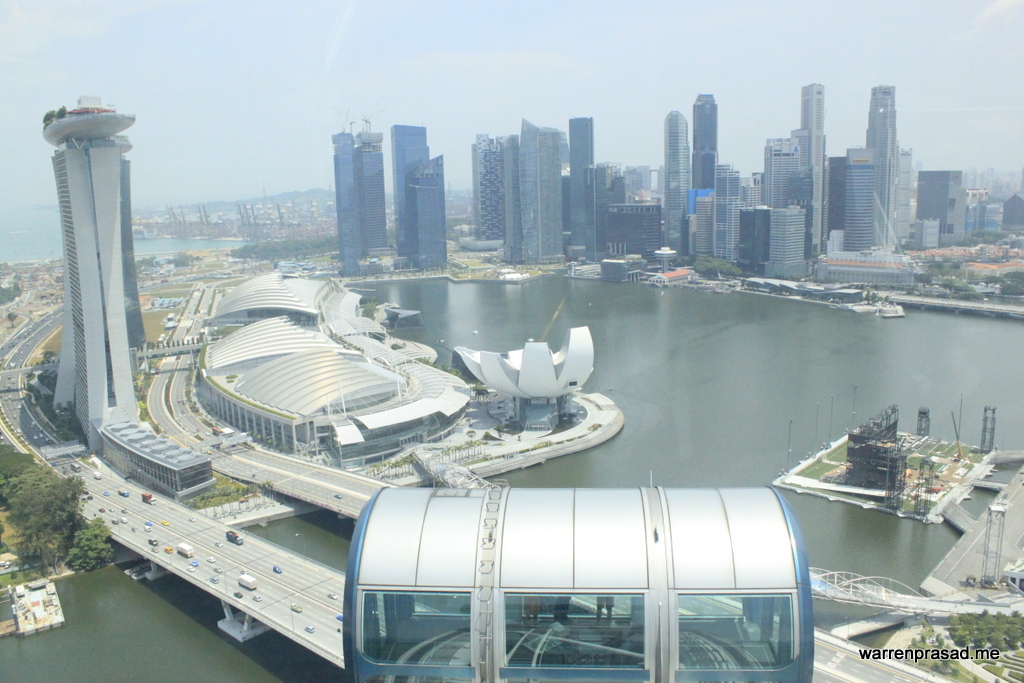 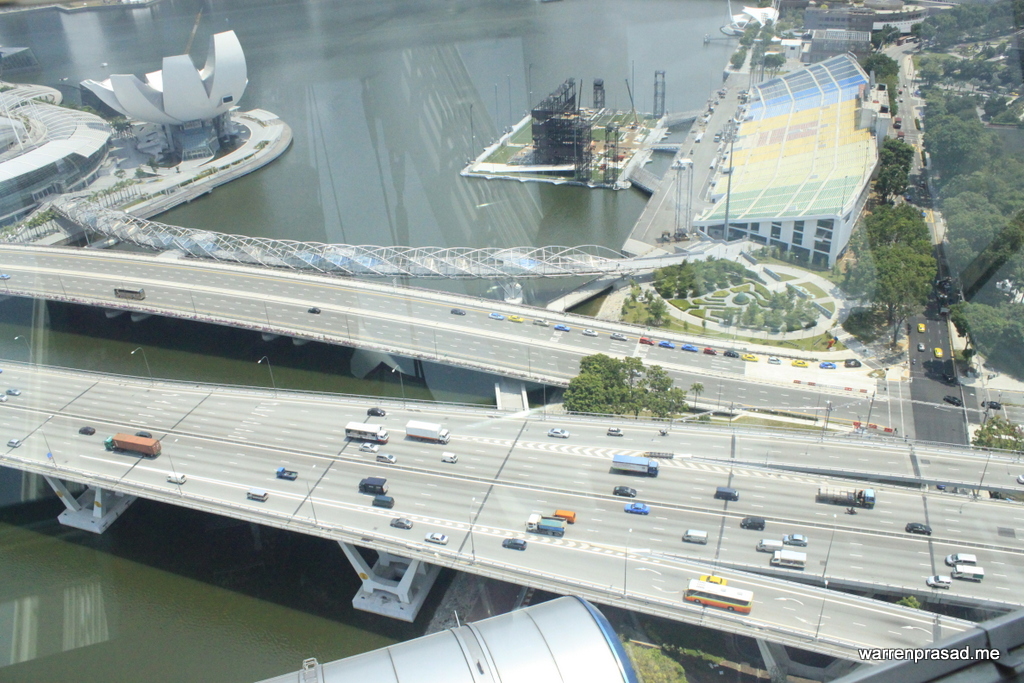 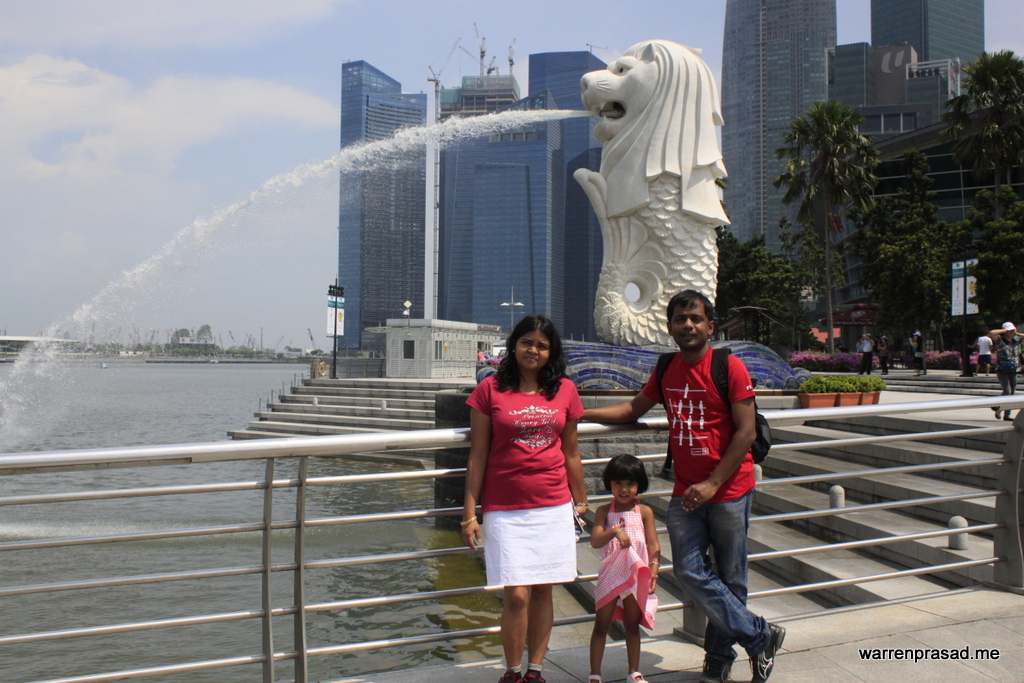 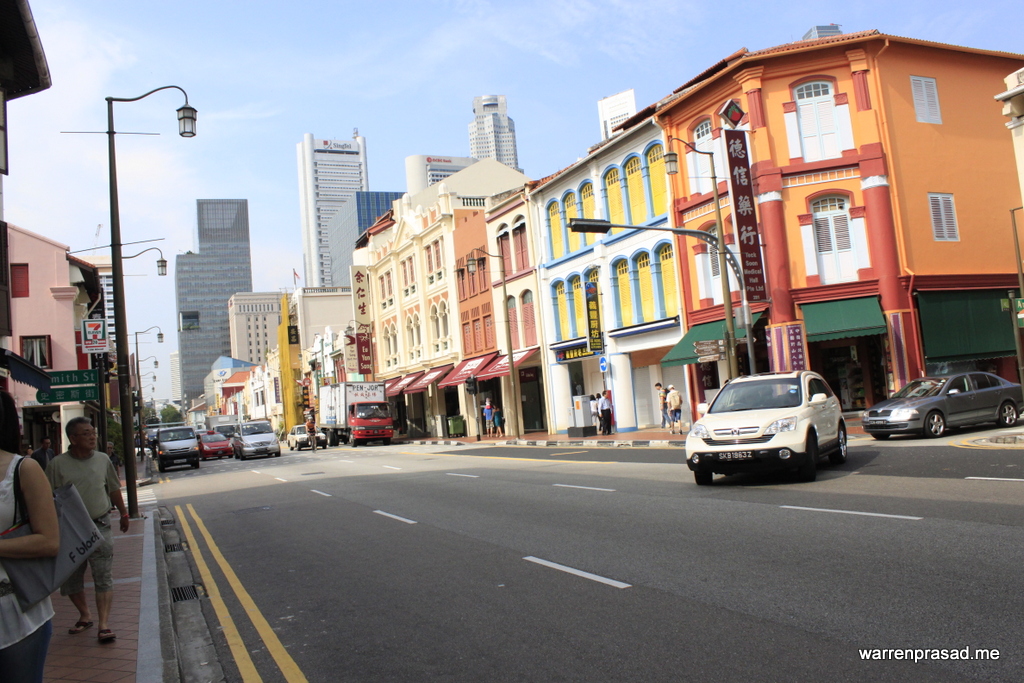 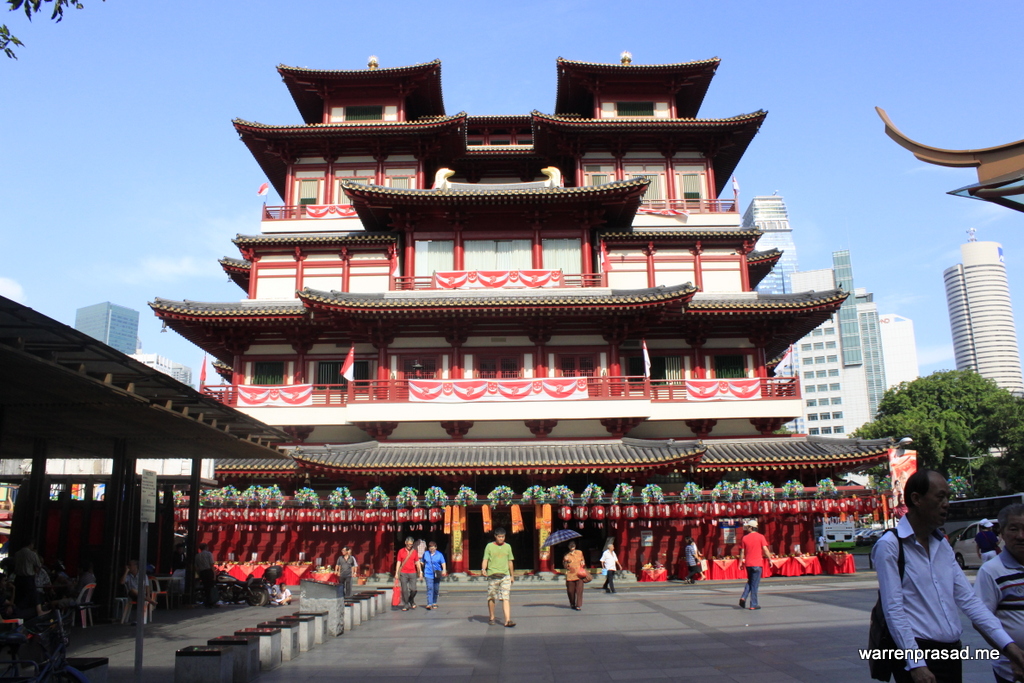 Date: 13th August 2011
We got up early and took a yummy complementary breakfast in the hotel. Every day there is a range of dishes to choose from ranging from cereals, fresh fruits, milk, sausages, boiled beans to fish rice and fried chicken. We left from the hotel and took a bus to Suntec City Mall. The Mall houses the worlds largest man made fountain called "Fountain of wealth". The uniqueness of the fountain is that it flows inwards. Inward flowing fountain depicts incoming wealth as per the Fen Sui. There are also number of good restaurants around the fountain serving range of foods from French to Chinese to Thai. After spending few hours in the mall, we left for our next destination - The Flyer.

Singapore Flyer is the worlds largest observation wheel. Set next to the F1 track it provides a breath taking view of the entire city. The Vantage point is so well set that you can see all the major attraction of Singapore from the flyer. We bought the tickets for the Flyer from the counter down stairs and proceeded to the boarding deck. You can opt for a sight seeing tour which costs less and you will get to take a full revolution in the Flyer which lasts for around 40-50 mins. The other option is having lunch or dinner in the Flyer in which you are allowed 2 revolutions which takes roughly 1 hour and 30 mins. The Flyer never stops but is too slow that it allows a family to move out from the capsule followed by staff members to clean the capsule followed by the next set of people to move in when each capsule passes through the boarding deck. After Singapore Flyer we went to see the Merlion Park.

The Merlion is a mythical creature with the head of a lion and the body of a fish, used as a mascot and national personification of Singapore. After a photoshoot we took some snacks and then took a bus to China Town. There was nothing much to do at China Town. The long day was also exhausting and specially for our 4 year old daughter it was starting to take toll on her legs. We went into a mall next to china Town and bought a stroller for our daughter which cost us $80.

It was almost 5PM by then and we had to get to Singapore Zoo. We took a bus to Singapore Zoo which is almost 1 hour drive from the down town. Set of far from city the Zoo gives a natural habitat to the animals. We had got the Night Safari tickets from our hotel. There were 2 options available 1. you can take a walk along the walking track 2. You can take a safari tour bus Already exhausted we took option 2. The Night safari was really dark as the light set up was as low as possible for not disturbing the animals. Most of the animals were lazing around. After the ride we took dinner and then took a cab back to hotel.

Date: 14th August 2011
(Sentosa Island)
This day was going to be my favorite. A fan Action Movies from Hollywood, Universal Studios was my most anticipated visit, we got up early, had our breakfast and took the MRT to Sentosa Island. There is no direct metro, and you need to get down at Vivo City. From Vivo there are many options available. We purchased the tickets from the counter and entered the dream world. Its point less to explain the fun we had in Universal Studios, one must get there and eexperience it. Few snaps here will show only certain portion of our endeavor. 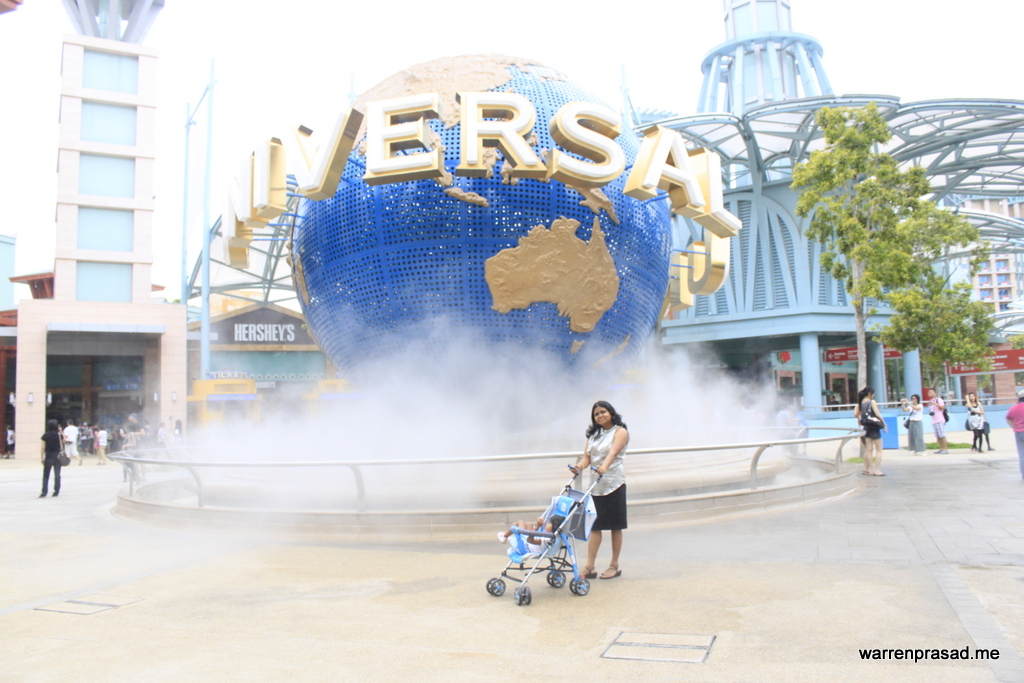 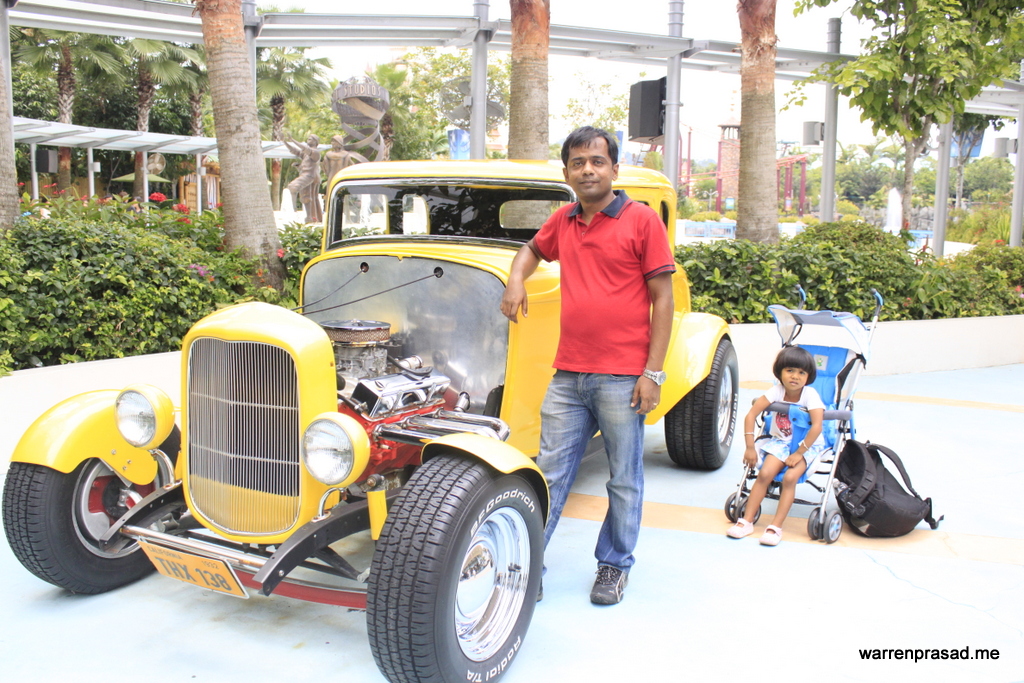 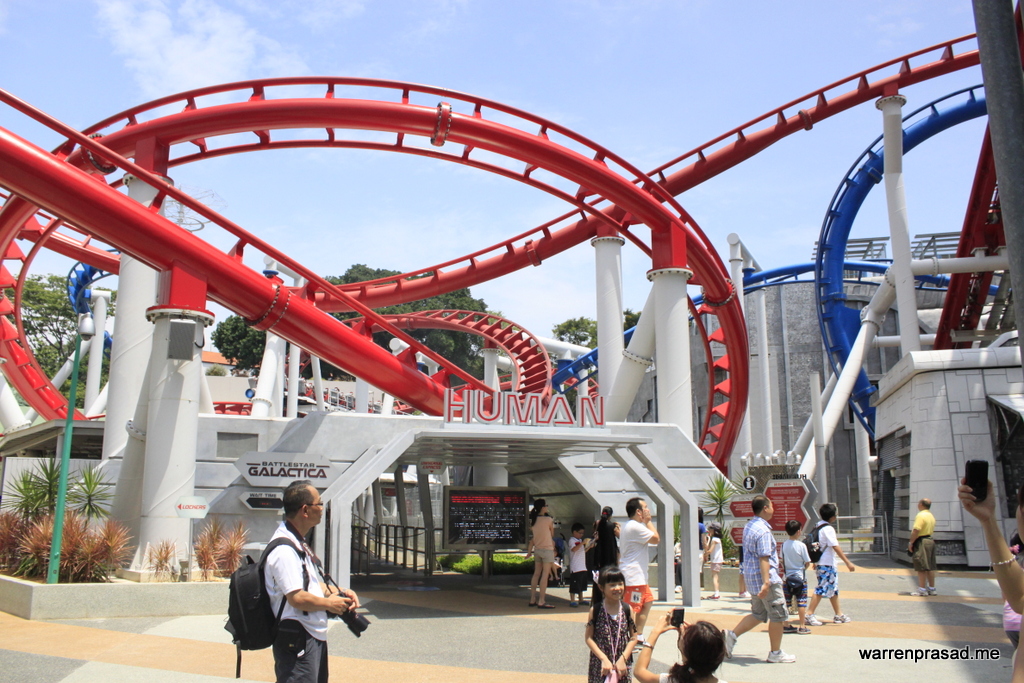 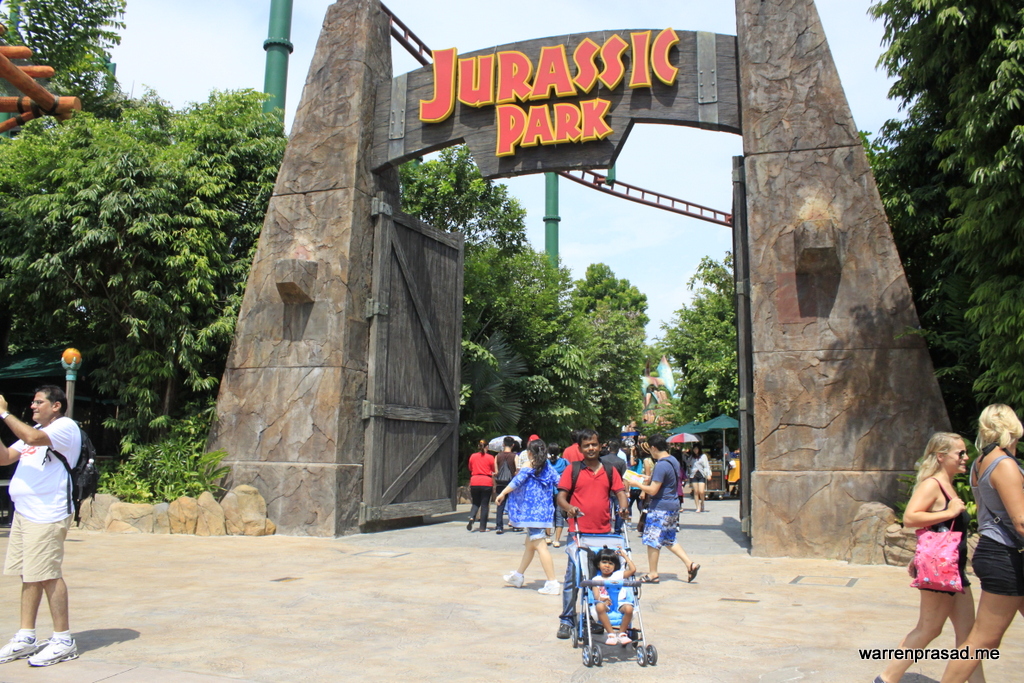 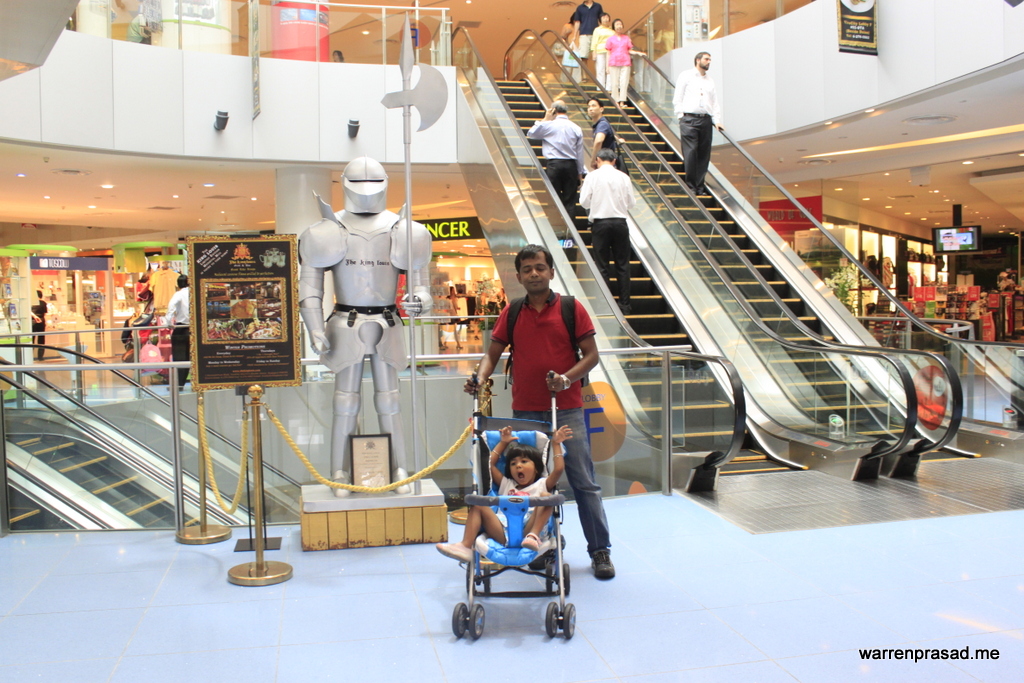 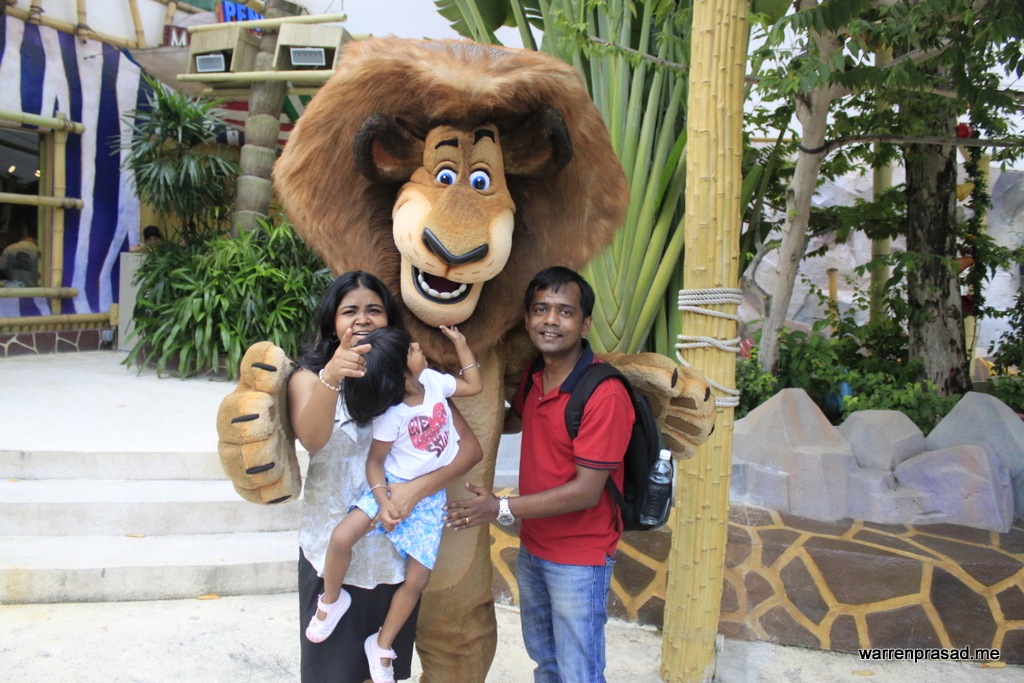 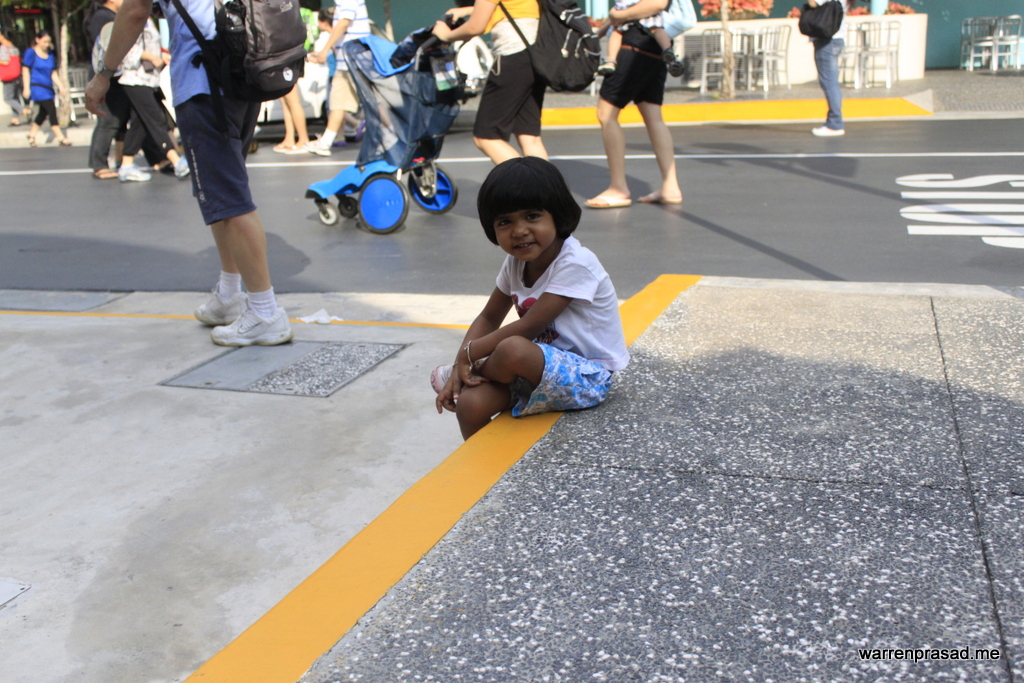 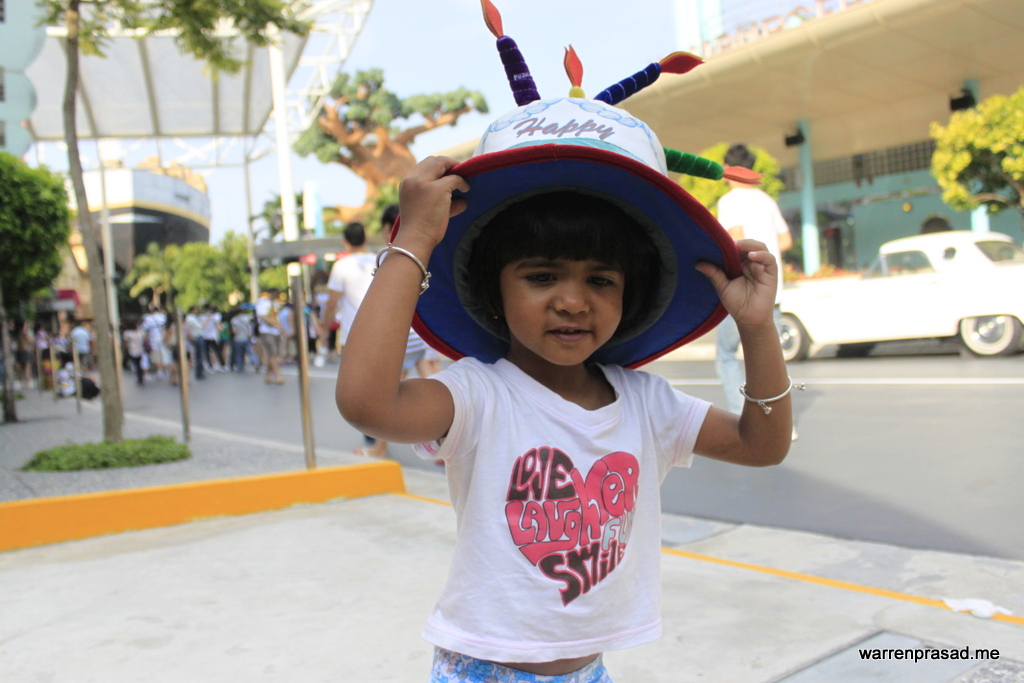 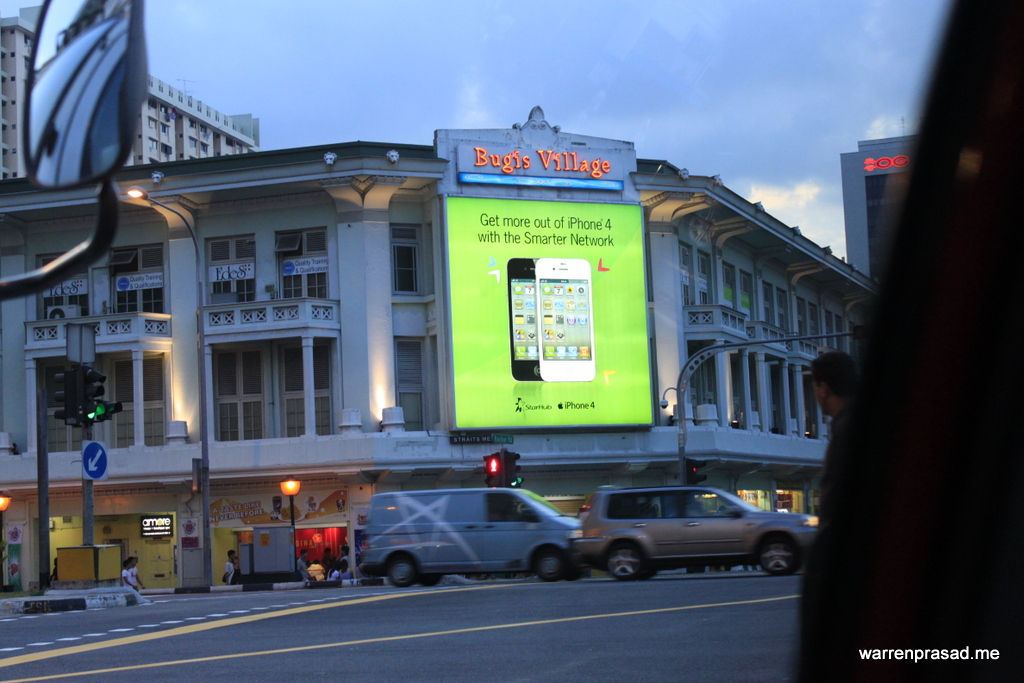 Shopping and Back Home

Date: 15th August 2011
3The last day was spent shopping. Fortunately the Bugis Village, a local market was located just across the street from our Hotel. We spent the day shopping. You can get anything to everything out there. we then went to Little India for lunch and then headed back to hotel to pack our baggage and then left for airport!

Every Good Thing Must Come To an End... and so was this Journey ...